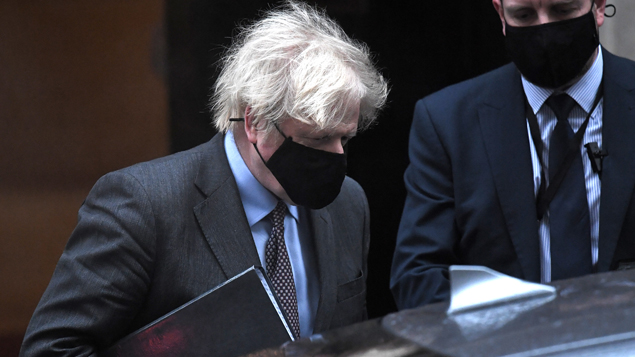 Boris Johnson ahead of his Commons statement. Anthony Harvey/Shutterstock

Prime Minister Boris Johnson has outlined his roadmap for lifting coronavirus restrictions and the gradual reopening of the economy in England.

He has not yet revealed whether job support schemes including furlough will remain in place beyond the current 30 April expiry date, but said the government would “do whatever it takes” to protect jobs. Chancellor Rishi Sunak is set provide more information in his Budget next week.

Schools and further education establishments such as colleges will be able to reopen on 8 March and twice-weekly testing of secondary school pupils and college students will take place. After-school clubs will resume, which Johnson said would help working parents.

On 29 March the “rule of six” will resume outdoors and the order to stay at home will be lifted. Formal outdoor sports will be permitted.

Step two of the lockdown easing plan will take place no earlier than 12 April. This step will involve the reopening of non-essential retail, including hairdressers; indoor leisure facilities; holiday lets for individual household use; libraries; cinemas; and outdoor seating and pubs and restaurants.

The third step of the plan, which will take place no earlier than May, will allow hotels, threatres, concert halls and sports stadiums to open. Outdoor gatherings of up to 30 people and indoor gatherings subject to the rule of six will also be allowed.

The government hopes to remove all restrictions from 21 June, potentially using testing to reduce risk.

The order to work from home if you can will remain in place until the government has concluded a review of this advice. Similar reviews will take place around the use of face masks, social distancing requirements, international travel, Covid status certification for venues, and when major events can take place. No dates have been set for such reviews.

Free Covid-19 testing kits will be available for workplace up until the end of June.

Johnson told MPs in the House of Commons that the government “will not pull the rug out” from under workers and will do “whatever it takes” to protect jobs. However, he said he could not rule out local or regional restrictions in future.

Julian Cox, employment lawyer at BLM, said there was still going to be “significant anxiety” among the most impacted sectors of the economy, given many businesses will remain closed for the months ahead.

“Whilst furlough is still available until 30th April, it is not a panacea. Employer national insurance and pensions contributions still need to be picked up and rent is still due on commercial premises,” he said.

“Until reopening begins, which for indoor hospitality will only start in earnest after the furlough scheme is due to end, continuing to employ furloughed staff is going to become increasingly unviable the longer lockdown continues. Today’s announcement could unfortunately push many to look at significant restructures, overhaul pay and working hours or commence redundancy consultation.”

Laura Jackson, a solicitor at law firm LexLeyton, commented: “The reopening of schools will come as a welcome move for parents, easing the burden on those who have had to juggle working from home with home schooling. It is also a huge bonus for employers, reducing the impact of childcare on their employees’ working patterns.

“While employers have generally been extremely accommodating with employees in terms of supporting childcare needs, we are likely to see a shift in how working parents manage their time, replacing home-schooling with school runs. Employers should take this opportunity to proactively reach out to employees to discuss how they can best accommodate these changes.”

What we can take from today’s news is that we now have much more of an idea when we can expect restrictions to be lifted over the coming months and that, crucially, at least one week’s notice will be provided to businesses if there are changes to the plan” – Alan Price, Bright HR

She said the flexible furlough scheme should allow employers to bring back staff according to demand.

Alan Price, CEO of Bright HR, said: “What we can take from today’s news is that we now have much more of an idea when we can expect restrictions to be lifted over the coming months and that, crucially, at least one week’s notice will be provided to businesses if there are changes to the plan. Provided everything goes well, venues such as nightclubs could see themselves reopening for the first time in over a year by late June, something that will likely be a significant relief for operators in this area who are struggling.

“People will continue to be advised to shield until at least the end of March, meaning employers should consider their circumstances even if they have had a vaccine.”