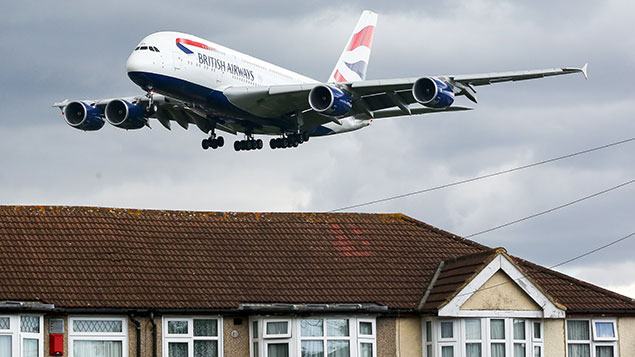 Talks between pilots’ union Balpa and British Airways are ‘hanging by a thread’ because a letter sent by the carrier to the union threatened further job losses and dismissals.

Unlike unions such as Unite and GMB that had already accused BA of planning to sack and rehire staff, Balpa has attended meetings with the airline to consult over its proposed 1,130 pilot job losses.

But now Balpa has said BA had undermined talks by threatening to dismiss and re-hire its members under new contracts.

Overall, BA is planning to make 12,000 staff redundant, as it struggles with the impact of the pandemic, with more than 1,000 pilot roles at risk.

“Balpa reps have been in consultation with BA over its proposed 1,130 pilot job losses and we’ve been doing that constructively and in good faith,” Strutton said.

“Then, on Wednesday evening, a letter from BA added another 125 job losses and also for the first time threatened all 4,300 BA pilots with dismissal and reengagement if we did not reach agreement on changes to terms and conditions.

“I’m appalled at the cavalier attitude shown by BA towards the Balpa reps and to its pilots.

“This has seriously undermined our talks which now hang by a thread.”

British Airways said it was attempting to protect as many jobs possible and that no final decisions had been made. Willie Walsh, the chief executive of BA’s parent company IAG, explained to MPs this week in a letter to Parliament that no decision had been made in relation to actual redundancies.

“There are some who believe the company is exaggerating the scale of the challenge,” Walsh said in the letter. “Nothing could be further from the truth. The situation is unprecedented.”

Walsh called on Unite and the GMB to join Balpa in consulting with it on its proposals.

BA, Easyjet and Ryanair are moving ahead, separately, in a legal challenge to the government’s plan to impose two weeks’ quarantine on travellers entering, or returning to, the UK.

The three have written to procurator general Sir Jonathan Jones, the government’s most senior legal official.

In it, they argue the rules for incoming travellers will be more stringent than those for people who are actually diagnosed as having coronavirus – and point out that the rules are governed by different legislation for residents of Scotland, Northern Ireland and Wales.

The travel industry has rigorously attacked the proposals warning of severe long-term damage to the sector including substantial job losses but the Home Office has maintained that the measures would help stop the spread of the virus.

Ministers have also faced criticism from the head of Getlink – formerly Groupe Eurotunnel – who attacked the plan for placing a significant burden of paperwork on organisations, for instance the efforts that would be needed to keep track of workers who cross the channel frequently.

“The exemption to quarantine for staff who cross the Channel many times a day, within the concession, turns out to be an administrative burden for each crossing that will require much time to set up and deliver,” wrote Getlink’s chief executive Jacques Gounon.

In a letter he also complained to Prime Minister Boris Johnson about the speed of the new rules’ introduction.

“Limited consultation by the Home Office and departmental intransigence have led to a situation that puts a serious risk on the efficiency of operations at the Channel Tunnel, a vital link in the Great British supply chain,” he wrote.