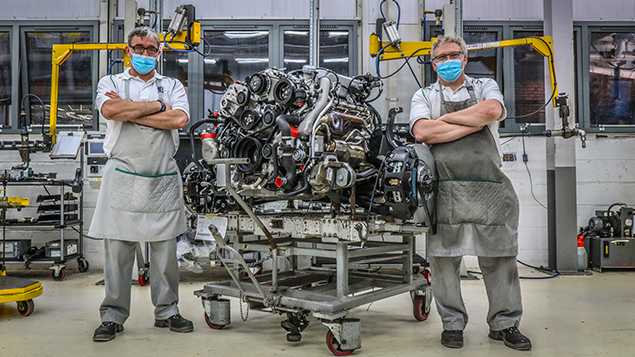 Luxury carmaker Bentley and nationwide dealership Lookers are the latest businesses in the automotive industry to announce job cuts.

Bentley Motors, based in Crewe, Cheshire, is cutting around 1,000 jobs as the car industry faces a significant drop in sales. The Society of Motor Manufacturers and Traders (SMMT) yesterday recorded an 89% drop in sales for May compared with last year.

Bentley, which is owned by Volkswagen, is expected to announce a voluntary redundancy programme today, according to the BBC.

It joins other UK luxury brands Aston Martin and McLaren, which both recently announced job cuts, and global giants Nissan and Renault which have also announced restructuring plans.

Meanwhile, despite the government allowing the reopening of car showrooms from 1 June, Lookers, a car retailer for over 20 marques, announced it would cut up to 1,500 jobs with the closure of branches.

Lookers, which employs 8,000 people, resumed trading at all its sites on Monday. Chief executive Mark Raban, said: “We have taken the decision to restructure the size of the group’s dealership estate to position the business for a sustainable future, which regrettably means redundancy consultation with a number of our colleagues.”

This week’s re-opening of dealerships is a pivotal moment for the entire industry and the thousands of people whose jobs depend on it” – Mike Hawes, SMMT

The Manchester-based retailer said it will shut 12 sites – through closures, mergers with other showrooms or refranchising – in addition to 15 dealership closures announced in November.

Mike Hawes, SMMT chief executive, said: “After a second month of shutdown and the inevitable yet devastating impact on the market, this week’s re-opening of dealerships is a pivotal moment for the entire industry and the thousands of people whose jobs depend on it.

“Customers keen to trade up into the latest, cutting-edge new cars are now able to return to showrooms and early reports suggest there is good business given the circumstances, although it is far too early to tell how demand will pan out over the coming weeks and months.

“Restarting this market is a crucial first step in driving the recovery of Britain’s critical car manufacturers and supply chain, and to supporting the wider economy. Ensuring people have the confidence to invest in the latest vehicles will not only help them get on the move safely, but these new models will also help address some of the environmental challenges the UK faces in the long term.”