CEOs call for action on surge in violence against retail workers 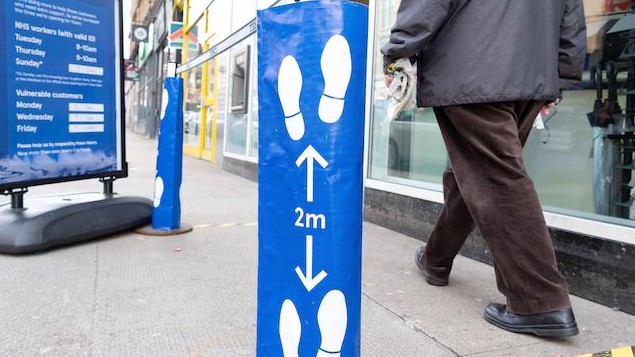 More than 65 retail chief executives have written to the Prime Minister calling for more protection for shop workers after reports of abuse and violence escalated during the pandemic.

According to a survey by the British Retail Consortium, 100% of respondents experienced a rise in verbal abuse, while two-thirds reported an increase in incidents of physical violence.

One respondent told of an incident where an employee advised a customer that it was preferable to shop alone, only for the customer to return to the store later that afternoon “brandishing an axe” and threatening the staff with it.

Retailers who reported a rise in attacks all said this was linked to the enforcement of Covid-19 restrictions such as asking customers to wear masks.

One said there had been 990 incidents of violence and abuse in just the first week after face coverings became compulsory in shops.

Another reported more than 4,500 incidents involving a weapon during 2020; a further business said there had been a 600% rise in violent incidents against employees due to enforcement of Covid restrictions.

One shop employee who had asked a customer to wear a face covering said the individual returned later and began “coughing on staff, insisting they had coronavirus, which made the staff feel distressed”.

Another was threatened with a syringe because they had been apprehended for stealing cheese. “He said if I didn’t get out of the way he would stab me,” a respondent told the BRC.

Even before the pandemic, the BRC’s crime survey had recorded reports of more than 400 shop workers being abused or assaulted every day.

In the letter, BRC members argue that retail workers have played “a full role in the public health response to the Covid-19 pandemic”, and refer to the millions spent by businesses on measures designed to protect customers and employees.

“Many of our colleagues remain on the front line and while they are acting to keep the public safe, their personal safety is threatened as a result,” it says.

Helen Dickinson, BRC chief executive, said the increase in violence should act as a “wake-up call” for the government.

“The BRC has repeatedly called on the government to take action and protect our colleagues from harm. Every day over 400 retail staff are attacked, threatened, or abused in their place of work,” she said.

“Over 150,000 in 2019, and these numbers have been rising during the pandemic. Those attacked are our friends, our family, our colleagues. This cannot go on.”

“They have been coughed at, spat on, racially abused, threatened with weapons, the list goes on.

“No one should go to work fearing for their safety, and we hope the Prime Minister will play his part by introducing a new offence for abusing, threatening and assaulting a retail worker.”