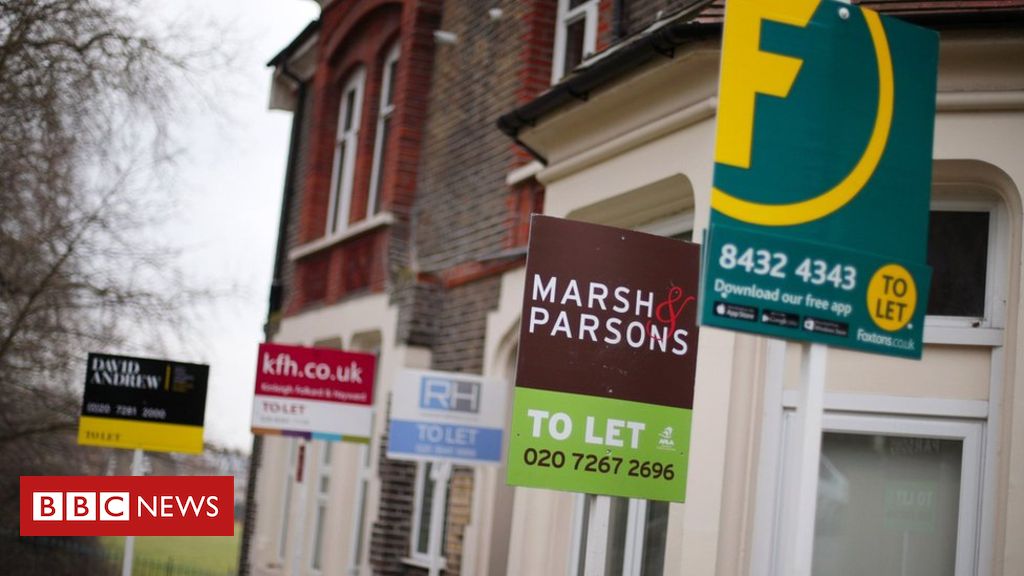 
Private renters are more likely to be struggling with payments than those who own their homes, new research by the Resolution Foundation suggests.

The think tank concludes one in eight private renters have fallen behind with housing costs since the coronavirus crisis began, compared to one in 12 mortgaged home owners.

Its report is based on a YouGov survey of around 6,000 adults in the UK.

The government says it took action to support renters during the pandemic.

The action, which the government calls “unprecedented” includes banning evictions for three months and increasing the Local Housing Allowance.

Lindsay Judge, principal policy analyst at the Resolution Foundation, said renters tended to be in a weaker financial position going into the crisis.

“They had lower levels of savings for example, and they spent considerably more of their income on housing costs in the first place. It’s also fair to say home owners have been more successful at directly reducing their housing costs, so we’ve seen many more home owners issued a mortgage holiday than renters are being given reductions in rent.”

The Housing, Communities and Local Government Committee has warned “there is a looming crisis in the private rental sector”, with thousands of tenants unable to pay their rent having lost their jobs or seen a significant loss of income.

The committee’s chair, Labour MP Clive Betts, told the BBC the UK was currently in “the lull before the storm.”

Citizens Advice has estimated that around 2.6 million tenants expect to fall behind on their rent because of coronavirus.

Its principal policy manager Joe Lane warned renters are now facing a countdown to the end of protection from eviction.

“What we want the government to do is make sure there are protections for people who have fallen into arrears due to coronavirus, and also take steps to make sure landlords have to put in place things like affordable repayment plans and make sure the requirement to work with renters has some teeth.”

The housing charity Shelter said its emergency helpline has been inundated with calls from distressed renters who have lost their jobs and are terrified of losing their homes.

Dennie Smith has been renting her family home for five years. She says that until the pandemic came along, she had never missed a payment.

The £1,950 monthly rent has been a struggle since her husband lost his job last autumn. Then her South Croydon hair salon Vintage 62 had to close in late March because of the Covid-19 shutdown, meaning a sudden loss of income.

Dennie says her landlord agreed she could postpone two months’ rent, but she will still need to pay back the arrears in future.

“We managed to pay March but at the moment we owe April and May, and then June is due on Monday. I feel sick actually, because at the moment that’s one of our biggest outgoings, the rent.”

Her husband is about to start a new job, but will have a lower salary than before. She hopes her business is able to re-open as soon as possible and that customers do come back quickly.

But landlords are also feeling the knock-on effects.

The National Residential Landlords’ Association (NRLA) says that due to the virus, 54% of its members have experienced some combination of rent payment problems or unanticipated periods when properties are empty.

Buy-to-let landlords are eligible for three-month mortgage holidays. The NRLA says this is helping to sustain tenancies, but means a cost further down the line.

Sussex-based landlady Sue Hull has eight properties. One set of tenants, a couple who work full-time, had to self-isolate after their child displayed Covid-19 symptoms. Sue was sympathetic when they said how much they received in statutory sick-pay would affect their ability to pay rent, so she agreed to defer payments for two months, to be paid back over two years.

Sue does not want to apply for a mortgage holiday from a buy-to-let lender because she fears it would affect how lenders perceive her situation when she tries to re-mortgage two other properties.

“I’ve also got another property that’s empty I’m paying council tax on” she says. “Presently I’m having to take £600 pounds a month from my own savings. So it is not something I want to sustain in the long term”.

“A number of our members are having issues that arose pre-Covid and not able to get possession of their property. With any sort of ban – we don’t see that as being a long-term solution. We think a careful re-opening of evictions needs to take place that prioritises pre-Covid debt, anti-social behaviour and prioritises domestic violence.”

The NRLA wants to see existing support extended to help tenants cover their costs, including the elimination of the five week waiting time for Universal Credit.

Clive Betts said that although the government was considering a “Pre-Action Protocol” encouraging landlords to reach out to private tenants to understand their position before taking court action, this would only be worthwhile if the courts had discretion to make sure an attempt had been made to reach an agreement with their tenants.

A spokesman for the Ministry of Housing, Communities and Local Government said: “We’ve taken unprecedented action to support renters and landlords during the pandemic – including banning evictions and increasing Local Housing Allowance (LHA) – and we’ve always said we will keep this under review.

“To help prevent people getting into financial hardship or rent arrears, we’ve given support for business to pay staff salaries and strengthened the welfare safety-net.

“Our guidance to landlords and tenants is clear they should work together to address any concerns and find solutions to overcome rent arrears, such as an affordable repayment programme.”

Citizens Advice said people who are struggling to pay their rent should get in touch with their landlord and try to negotiate a reduction. They should also try to arrange for any arrears to be paid back over a manageable period and keep a note of discussions.

The organisation also suggested exploring options for increasing income – for instance, making claims for benefits or other financial support introduced by the government to help ease the financial impact of the pandemic.

The government has paused eviction proceedings until 25 June and has also temporarily extended notice periods for some tenancy types to three months. It is not yet clear what, if any, alternative measures will be put in place post 25 June.