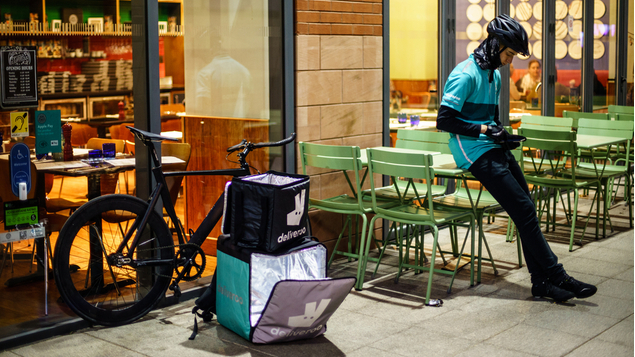 A bid to establish collective bargaining rights among Deliveroo workers is to be heard at the Court of Appeal this week.

The Independent Workers’ Union of Great Britain (IWGB) is appealing against the decision of the Central Arbitration Committee – upheld by the High Court in 2018 – that Deliveroo riders cannot form a collective bargaining unit because they are self-employed.

The High Court ruled that Article 11 of the European Convention on Human Rights (ECHR), which protects the right to form and join trade unions, does not apply to Deliveroo riders because they are not “limb (b) workers”.

It came to this decision on the workers’ status because they do not have to conduct the work personally and are allowed to have another person to substitute them while working.

On behalf of the IWGB, Lord Hendy QC will argue that Article 11 extends beyond this category of worker.

He will say the previous judgments were erroneous in their applications of Article 11, as they understood “employment relationship” in the narrow terms of UK domestic law instead of extending it to a significantly wider category of “workers” in the ECHR.

Greg Howard, Deliveroo rider and IWGB Couriers & Logistics Branch chair said: “Despite a slick PR campaign claiming to support riders and endless spin for MPs about how happy we are with the current model, Deliveroo has racked up huge costs on this case to silence us.

“The IWGB believes we have a legal and moral right to collective bargaining and that after working throughout this crisis, we deserve more from Deliveroo. We are determined to fight for those rights.”

A Deliveroo spokesperson said: “Courts in the UK have three times found Deliveroo riders to be self-employed, which gives riders the very flexibility they value above all else. We will continue to defend riders’ ability to choose when and where to work and to be their own bosses, which is something the IWGB want to remove.”

The IWGB has raised concerns about working conditions, Covid-19 safety and sub-minimum wage pay among Deliveroo riders, many of whom have continued working throughout the pandemic due to their key worker status.

It has also claimed Deliveroo and other app-based companies such as Uber have been unfairly terminating workers’ contracts using an automated process, without providing evidence for the workers’ alleged wrongdoing.

In November a cross-party group of 60 MPs signed an early day motion backing IWGB’s campaign to end unfair terminations in the gig-economy.

The EU-UK Trade and Cooperation Agreement, the Brexit treaty concluded at the end of 2020, contains provisions which lock in the UK’s continued commitment to the ECHR.