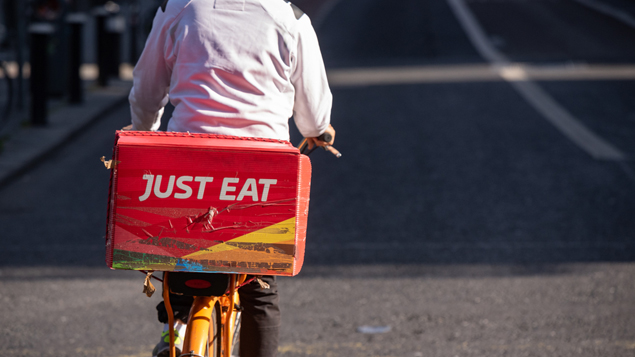 Food delivery firm Just Eat is hiringing 4,500 of its delivery workers on permanent contracts in France, with benefits including fixed hourly rates, holiday pay and pensions.

The workers had previously been operating as independent contractors, with fewer rights. Under their new contracts, riders will be paid €10.30 per hour, regardless of the number of deliveries made.

Restaurant owners spoken to by France 24 suggested that the move would be beneficial for them because they saw the delivery workers as an extensions of their own staff and would enhance restaurants’ reputation.

Meleyne Rabot, general manager of Just Eat France, said there were already 22,000 Just Eat workers in Europe so putting 4,500 on permanent contracts in France did not represent a risk for the company.

Jerome Pimot of the Association of Independent Delivery Workers in Paris said that the move would differentiate Just Eat from its competitors in France but he didn’t expect it would start a general trend among firms relying on casual delivery workers. He pointed out that in the US, companies had spend vast sums of money to fight state laws that would outlaw parts of the gig economy business model. “I think they’ll never budge, you don’t spend $200m in the US just as you can follow what’s happened in France,” he said.

One delivery driver who signed his contract in October 2020 told France 24 that the difference in terms was “life-changing”.

In February 2020 a French court ruled in favour of a delivery cyclist seeking a permanent contract from Deliveroo, awarding him €30,000 in damages because paying him as an independent contractor rather than an employee was deemed to be an attempt to skirt labour laws.

The rider’s lawyer, Kevin Mention, said the court “recognised that the act of obliging the courier to have a service contract displayed a will on Deliveroo’s part to defraud the labour code.” He has since begun work on a number of other gig economy cases involving delivery firms in France.

Just Eat’s move in France is the latest element in the company’s ambition to improve its offering to workers in Europe. In August 2020, Jitse Groen, CEO of parent Just Eat Takeaway.com said he did not like the fact that the people his company relied upon to make deliveries had tougher working conditions than employees, and that it was the company’s “intent not to have those in Europe”.

In the UK in December 2020, Just Eat said it would offer couriers pay by the hour rather than per job in a boost to gig economy workers. It said the move would mean its workers will earn at least the national minimum wage, increasing the security of their income.

Starting in London but with the rest of the UK to follow, Just Eat will also pay pension contributions, holiday pay, sick pay and maternity or paternity pay.