Labour calls for ‘smarter’ furlough for as long as needed 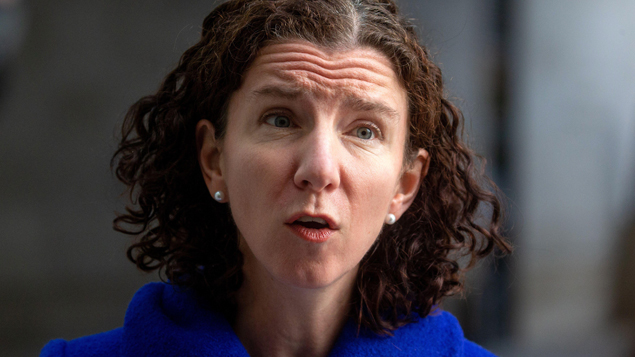 The furlough scheme should not be time-limited and should remain in place to protect jobs as long as Covid-19 restrictions on business are needed, Labour has said.

Anneliese Dodds, the party’s shadow chancellor, will call on Rishi Sunak to introduce a “smart” extension of the Coronavirus Job Retention Scheme, which includes provisions for training and tough conditions to prevent abuse.

He should not wait until his Budget on 3 March to announce an extension of the furlough scheme and other business support measures, and the chancellor should “not repeat the mistakes of last year” by winding down support while restrictions still exist and demand in some sectors remains low.

The Kickstart scheme, which Labour said is “failing”, should be overhauled, while more green jobs should be created by reforming the oversubscribed Green Homes Grant, which provides homeowners with funds that can be used towards the cost of installing energy efficiency improvements.

“Rishi Sunak’s Plan for Jobs has been a disaster. Seven months after its launch, we’ve got record redundancies, soaring unemployment and the worst economic crisis of any major economy,” said Dodds.

“We need urgent action to secure, recover and create jobs. This must include a smarter furlough scheme, an overhaul of the failing Kickstart youth programme, and reform of the shambolic Green Homes Grant as part of wider action to ‘Build it in Britain’ and support the creation of 400,000 clean, new jobs.

“People can’t afford to wait for the chancellor to get his act together. They need emergency action today, not more dither and delay until the Budget.”

Sunak has come under significant pressure to bolster support for employers and fix gaps that are shutting millions of workers out of schemes.

The British Chambers of Commerce wants to see the furlough scheme extended until July, while the TUC wants it to remain in place until the end of this year. The CIPD and CBI are also lobbying the government for an extension.

The furlough scheme is currently set to expire on 30 April 2021.

Meanwhile, Waterstones has told its employees that those on furlough will not receive any increase to their wages until shops can reopen.

In response to a petition signed by more than 2,000 people, which urged the bookstore chain to help staff who had seen their wages dip below the national minimum wage, it told staff that furlough had prevented mass redundancies and that a 2.75% pay rise is planned for when the majority of its shops can operate.

Chief operations officer Kate Skipper said in an email to staff: “I realise this is an unbelievably tough and desperate time for so many people but to continue to protect the business, and thereby importantly to deliver our aim to pay more, we need to survive – and ultimately to prosper. Please consider how best that can be achieved.”

The petition says that Waterstones employees face “misery” and financial insecurity and said the business “should look to set an example” to other UK businesses.