Lastminute.com: How communication helped the switch to remote working 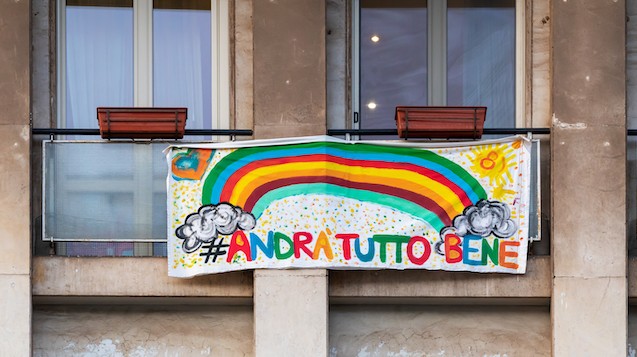 In early March 2020, online travel company Lastminute.com was beginning to feel the impact of coronavirus before many of its competitors in the UK.

The company’s head office is on the Swiss border with Italy, near Cuomo in Italy’s Lombardy region. This was one of the first areas to be hit by the pandemic and around 70% of Lastminute.com’s workforce were based there.

Remote working was already in place for those who wished, but call centre staff were office based. A quick decision was taken that employees should begin working from home, regardless of the advice given in their countries of residence.

“There was a fast realisation there was an issue,” says the company’s chief of culture, Stuart Bagnell. “We decided to take a decision across all countries before governments announced.”

As a travel company, everyday work activities often included people attending events and visiting offices in other countries. There is an ‘erasmus’ programme for employees who want to work in another Lastminute.com office for six months.

Using the Workplace from Facebook platform, the company launched a number of communication initiatives to address how employees were feeling.

A wellbeing survey revealed that anxiety was high among employees, many of whom were concerned about job security as flights were grounded and travel restrictions introduced.

The CEO ran regular live streams over the Workplace platform to discuss changes to the business, talk about new travel corridors as they were announced and provide details about furlough schemes.

“We had to transform the business from being a booking engine into a cancellation engine, and we’re still dealing with that now,” says Bagnell. “We knew this anxiety was something we had to address so we asked employees to post their questions for the CEO during the live streams, with no topic he wouldn’t cover.

“We were trying to paint a picture of what the future could look like, whether that was the best case or worst case scenario, and the different things happening in various countries.

“Being transparent worked wonders. We didn’t want to sugar coat things. This has now become part of what we do. The broadcasts are less frequent but people still feed back to me that these were the things that saved their sanity.”

Employees also began to run their own live broadcasts, showcasing skills such as yoga or music. These communities have continued to provide support for employees, including a running group that chats using the Workplace platform.

And because informal, ‘water-cooler’ interactions have disappeared, Lastminute has introduced randomised virtual breakfast invites so workers can get to know colleagues, as well as ‘culture bubble’ sessions built into the working day.

“We want to set up groups that are more akin to how people would interact in their ‘normal’ lives,” adds Bagnell. People who have joined the company have been onboarded remotely and can join a new starters’ group on Workplace to meet others in the same situation.

As the company begins more hybrid working practices across its 10 global offices, it will maintain many of the communications channels, including updates from the senior team and ways for teams to interact socially.

Working remotely has also helped it to diversify its talent pool, recognising that it can access potential candidates from any countries, regardless of whether it has an office there.

“Because we’re so spread out, this has helped to drop the borders. The transparency of the leadership team has fostered our sense of inclusion and connection,” he concludes.