Legality of ‘no jab, no job’ recruitment confirmed 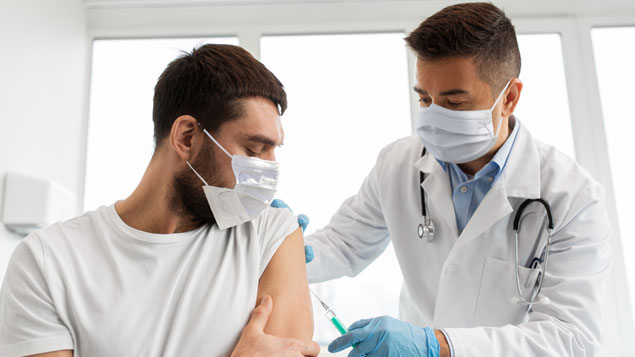 It is legal for businesses to insist on new employees being vaccinated as a condition of their employment, the justice secretary has said.

In an interview with ITV on Wednesday, Robert Buckland said only enlisting new staff once they had been inoculated was possible if it was written into their contracts.

London-based Pimlico Plumbers has already said it would not hire new staff who had refused the vaccination on non-medical grounds, with founder Charlie Mullins telling the BBC on 17 February that he’d been advised it was legal.

“We’ve obviously been talking to lawyers and they’re very happy that we can add this proposal to any new workers that start with us once the vaccine is rolled out,” he told BBC Radio 4’s Today programme.

“We’ll be using the new contracts two to three months from now. When people come along for a job with us, if they’re not happy to sign that, then again that’s their choice, but they certainly won’t be given a job with Pimlico Plumbers.”

Care home operator Barchester Healthcare has also stipulated that all new hires should get the jab.

“With regards to our staff, we are doing all we can to reassure and encourage those who are a little more reticent to have the vaccination, and we are also ensuring that all new staff must have the vaccination (if they medically can) before starting work looking after our vulnerable residents and patients who are in our care,” a statement on the firm’s website stated.

David Samuels, legal director at law firm Lewis Silkin, confirmed there was nothing legally to stop a business from placing a “no jab, no job” clause in contracts for new hires. But he said such policies could be shown to be discriminatory – they could, for example, disproportionately affect young people who will have to wait much longer than the middle-aged and elderly to receive an inoculation.

He advised employers to analyse each job role and evaluate health and safety risks before introducing such a clause. If they failed to do this, he added, they could leave themselves open to a legal challenge, on the basis it was unfair or discriminatory, if a claimant could prove they were unable to access the vaccine.

Samuels told the BBC: “It’s going to be harder to justify – especially if they don’t go through that process and document it, and it will be more likely that they will be challenged successfully through a legal claim.”

Buckland said it was unlikely bosses could make existing employees have vaccines under their current contracts.

He added, however, that legal action could settle the issue: “I’d be surprised if there were contracts of employment existing now that did make that approach lawful. I think frankly the issue would have to be tested.”