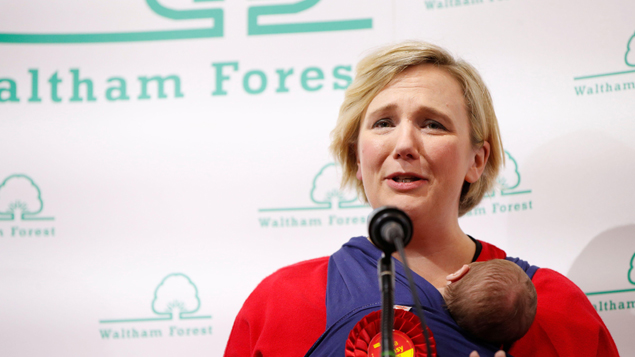 Labour MP Stella Creasy has said she would be prepared to sue the government over plans to grant maternity protections to cabinet ministers but not backbench MPs.

If approved by MPs today, the Ministerial and other Maternity Allowances Bill will be rushed through to allow attorney general, Suella Braverman, to take six months fully-paid maternity leave while she is temporarily replaced.

However, Creasy, who is pregnant with her second child, said the law effectively rewarded people who rose up the political ranks.

Backbench MPs are allowed to take maternity leave but there is no guarantee that someone else will cover their work, meaning that many could reduce the amount of time they take off after the birth of their child.

She told the Guardian that the proposed arrangements could be a breach of human rights law – particularly the right to equal treatment and the right to a family life.

“There’s no difference between myself and the attorney-general in terms of the impact of having a baby,” said Creasy.

“We are in an environment where thousands of pregnant women are facing risks in the workplace, including the risk of the loss of their job. The message that we’re sending is that we treat maternity leave like a benefit, like a company car. In other words, only paid maternity leave for management.”

Creasy arranged to have a “locum MP” to continue her constituency work when she had her first child in 2019. She has been the only MP so far to have gained such support from the MPs’ funding body.

She said the proposed legislation would only help a “spectacularly small number of women”.

Cat Smith, Labour’s shadow minister for democracy, said: “The speed with which the government is acting to make sure the attorney general can take maternity leave is in stark contrast to its failure to support pregnant women facing discrimination and hardship throughout this pandemic.

“It is right that the attorney general is granted maternity rights – but the government must not turn the clock back on employment rights for women and leave pregnant mothers without the basic protections they need.”

Last week, Boris Johnson told MPs that it was “not acceptable in modern times” to expect someone to have to choose between maternity leave and resigning from office.

In a blog post today, the founder of campaign group Pregnant Then Screwed, Joeli Brearley, said the bill was “woefully lacking”.

“Repeatedly the government insisted that reforming maternity rights would take time, yet here we are seeing them rush through a bill that would give one of their own ministers six months of fully paid leave,” she said.

“And what of the timing? Suella Braverman’s baby is due at the end of this month, and now this is being rushed through, as if bringing children into the world was some afterthought, and not, you know, the premise on which humanity’s existence depends.

“What sort of message does all of this send to the thousands of women pushed out of their jobs for daring to procreate? What is the message to all the women living in financial poverty because statutory maternity pay is £151 a week and not full pay? Or to the women giving up jobs because a government refuses to protect their pay while they care for, educate and raise the next generation of workers, and voters – a fact this government forgets at its own peril. Could the message be ‘to hell with the rest of you’? Because that is exactly how it feels.”

In 2019, the government said it would strengthen protections for pregnant women in the employment bill, which promises to extend redundancy protection to pregnant employees and those returning from maternity leave, and introduce leave for neonatal care. No date has yet been set for these changes to come into force.