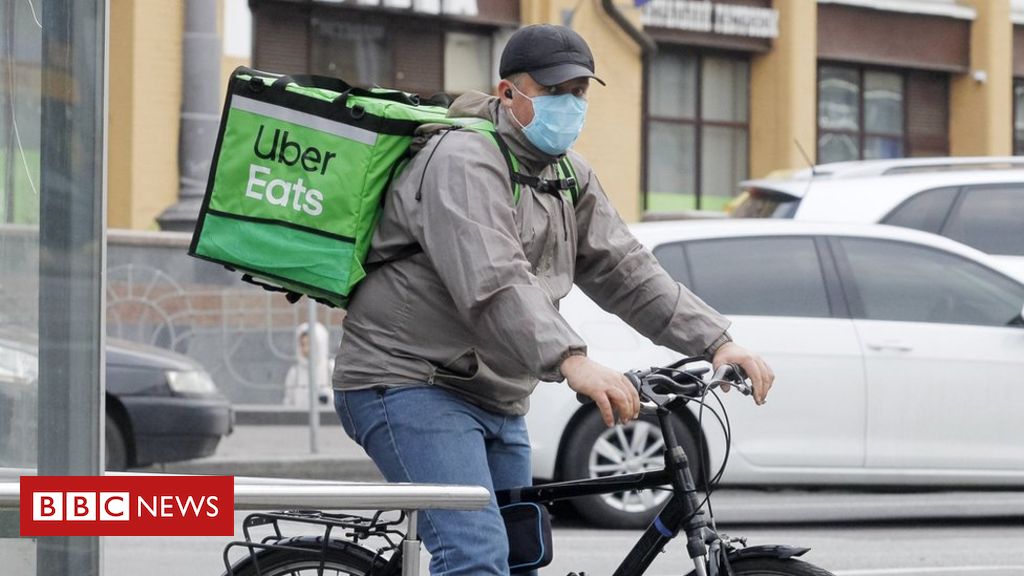 
New York City has placed limits on how much food delivery apps can charge restaurants that use their platforms.

The proposal, which was put to a vote on Wednesday, will cap fees at 20% and apply in emergency situations when restaurants must be shut.

There have been complaints about fees charged by tech firms amid skyrocketing deliveries during the lockdown.

Other US cities such as San Francisco, Washington and Seattle have also introduced tighter rules for the apps.

Grubhub, the owner of online food ordering service Seamless and the biggest player in the US market, warned that the city’s cap would raise costs for customers and reduce opportunities for workers.

The firm said the law was “an overstep” by local officials and would not withstand legal challenge.

“Any arbitrary cap – regardless of the duration – will lower order volume to locally-owned restaurants, increase costs for small business owners and raise costs on consumers,” said Grubhub.

“Delivery workers would have fewer work opportunities and lower earnings.”

The New York City Council had started discussing ways to limit the fees charged by mobile apps before the pandemic hit.

But the crisis for restaurants triggered by shutdown orders injected new urgency into the effort, as many restaurants found themselves reliant on food delivery apps such as Grubhub, Doordash and UberEats, for business.

The firms currently charge restaurants a range that can exceed 30% per order, with fees for services including marketing, taking customer orders and fulfilling delivery. These fees can be punishing in an industry where the profit margins typically hover around 10%.

George Constantinou, who runs restaurants in New York and New Jersey, told the BBC in April that he was trying to negotiate lower rates for his business, describing the commissions as unsustainable.

“When you have a full dining room and you’re already paying for your cooks and your staff to be there it’s one thing, but when you don’t have that dining room, it hurts you,” he said.

Reports this week that Uber and Grubhub are planning to merge have only heightened those concerns.

While delivery apps have announced their own relief to restaurants since the pandemic, taking steps to waive, reduce or defer some some of the charges, restaurant owners and their advocates say the firms have not gone far enough.

On Tuesday, ahead of the vote, New York Mayor Bill de Blasio said he supported plans to cap the fees, calling it “smart legislation”.

City Councilman Mark Gjonaj, a sponsor of the legislation, said he hoped the limits would provide relief.

“Proud to fight for a bill that will level the playing field and help restaurants get through this crisis, as restaurant owners are being held hostage by the third party delivery apps who monopolize search results,” he wrote on Twitter.

“We look forward to working with lawmakers to enact these protections on a permanent basis,” he said.