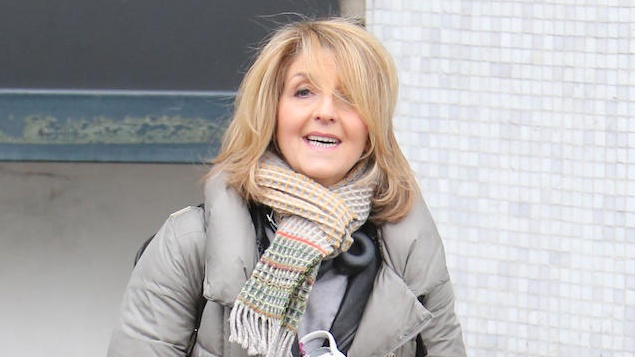 TV and radio presenter Kaye Adams has won a case at the tax tribunal after judges ruled that the BBC was not required to treat her as a PAYE employee.

Adams provided her services to the BBC via a personal services company, Atholl House Productions. HMRC claimed she owed outstanding tax payments of £140,000 for the tax years 2015/16 and 2016/17.

During that period, she was required to present the Kaye Adams Programme for a minimum of 160 programmes, on a rolling one-year contract, for which she would receive a fee of £155,000. Any additional programmes would command a further fee.

Adams did not offer her services exclusively to the BBC and she was able to take on other contracts, such as her presenting role on ITV’s Loose Women.

Both the initial First Tier Tribunal (in 2019) and Upper Tribunal agreed on the key issue of mutuality in establishing someone’s status for tax purposes, and that her contract was therefore outside IR35.

They agreed that if someone is “in business on their own account” they may supply a reason why their contract is not one of employment and therefore liable to different levels of tax and National Insurance.

They referred to the case of Ready Mixed Concrete, one of the most important pieces of case law in establishing whether an arrangement is inside or outside IR35. It sets out the three tests of right of substitution, control, and mutuality of obligations.

HMRC argued that the initial tribunal’s decision was flawed because there was no evidence to determine whether Adams had been self-employed over her career.

The Upper Tribunal responded: “In her second witness statement, Ms Adams said that she had worked as a freelance for the majority of her career. She gave details of other work she had done. This included co-presenting the ITV show Loose Women for which, on her evidence, she was paid on a “show by show” basis’.”

One of the key issues was that – in the contract – the BBC had the right to determine the form and content of Adams’ radio show. However in practice, she had a high degree of autonomy to determine the content of each show and the direction each episode would take.

An HMRC spokesperson said: “HMRC is disappointed that the Upper Tribunal has decided that the intermediary rules, also known as IR35, do not apply in this case. HMRC will carefully consider the outcome of the tribunal before deciding whether or not to appeal.”

Dave Chaplin, CEO of ContractorCalculator and IR35 Shield said the news would provide “considerable comfort” to other media freelancers. There have been a number of cases where HMRC has tried to determine that presenters should be treated as PAYE employees of TV companies when they operate through personal services companies, including Lorraine Kelly in 2019.

“Kaye Adams was found to be providing personal service, mutual obligations were satisfied and there was a sufficient framework of control – but yet, she was found outside IR35, purely on the grounds that she was in business on her own account. HMRC’s contentious and flawed CEST tool [which workers can use to determine tax status] would not agree.”

Robert Salter, a tax director at accounting company Blick Rothenberg, said that HMRC needed to ensure the forthcoming legislation was up to scratch rather than relying on case law.

Off-payroll legislation is extended to private sector companies from April, although the government has said it will waive penalties for those that do not comply for the first 12 months.

“In the last few days HMRC have lost another case on the issue of IR35 – the legislation which applies to people, who are allegedly hiding their ‘deemed employee’ status and operate through a personal service company, rather than simply as a sole trader in their own name.

Salter said: “The government has consistently claimed that some 90% of freelance contractors operating through PSCs don’t account for PAYE and NIC correctly and if they did, it would bring in another £2bn to the treasury.

“It is for this reason that the chancellor plans to bring in legislation to transfer PAYE obligations to the clients of PSCs from April 2021. However, the chancellor needs to fix this before the Budget. There is absolutely no point in having court cease after court case on the hope that he can make this legislation work.”

“The reality is that HMRC actually lose around 75% of the cases that they take to court in this area. So, the suggestion that they can legitimately get £2bn more in lost revenue per annum by simply transferring the PAYE obligation to clients of PSCs won’t work.

“Rather than blundering through the existing (and very complex and unclear) regulations, the chancellor needs to consider other ways of raising funds from PSCs. The chancellor could increase the corporate tax rate for PSCs by two or three percent which would bring in a large part of the £2 billion and minimise complexities for business.”