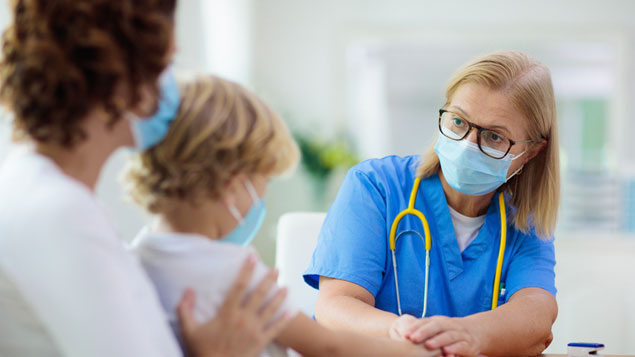 An NHS trust in the Midlands says its plans to recruit extra doctors from international sources have been ended by the new Covid variant and recent travel bans – and it has been forced to redeploy medical trainees as a result.

Health Service Journal (HSJ) has reported that in a staff memo it has seen, Royal Wolverhampton Trust said it had been working on the assumption that in December it would gain enough doctors from overseas to serve three medical wards.

However, they were not able to travel because they could not secure visas and entry requirements quickly enough.

Sent on 31 December the note warned that the plans to deploy the international recruits had been “blown out of the water with the [new] variant and suspension of travel”. It said the trust no longer knew when the doctors can arrive.

According to HSJ international recruitment was badly affected by the first wave of the coronavirus pandemic, but many trusts had still been hoping to recruit significant numbers in the autumn and early winter.

There was no choice, said the Wolverhampton trust, but to redeploy medical trainees to help support ward staff – a measure that had been widely used by trusts in the spring lockdown.

The memo reportedly stated that the trust was heading back to where it was in April in terms of clinical activity, including routine clinics stopped and non-urgent procedures stopped.

Trainees were told the plans would be in place for up to about eight weeks, but were informed the trust did not know when the peak of the current Covid-19 wave would be.

A spokesman for the trust told HSJ: “To respond to the Covid-19 pandemic our workforce have been flexible with where they have worked to ensure our patients receive the highest standard of care. This has meant some staff, including doctors in training, have been redeployed to different areas of the trust.”

Late last year a report by the Institute of Economic Affairs, Is there a Doctor in the House?, found that the UK was highly vulnerable to a global medical skills shortage because the NHS was heavily dependent on doctors who qualified abroad, with 37% of those registered with the General Medical Council having a foreign medical degree. Also, the rapid industrialisation of Asia was set to reduce the “push factors” that had sustained the flow of foreign medics.

Report author Mark Tovey wrote: “Already, the UK ranks 27th out of 36 OECD countries for number of physicians – and with around 30% of doctors on the GP and specialist registers aged 55 or over, the tick-tock of a retirement time bomb grows ever more audible.

“A looming shortage of doctors is cause for alarm even in normal times. Mid-pandemic, it signals catastrophe.”

He added that although the government had created 1,500 extra medical school places a year in 2018, these students were still a decade or more from emerging as consultants.

The IEA report proposed that: NHS professionals should have the power to prescribe medications; that clinical psychologists – who are not doctors but work alongside psychiatrists who were – should be added to the list of independent prescribers, allowing them to hand out psychotropic medications; the NHS should be opened to graduates from similar, non-medical fields; and NHS trusts should be allowed to set their own wages.

The latter proposal would allow trusts to mitigate the shortage of physicians in particular specialities it said, citing how in 2017 trusts in the south had a 4% shortfall of ICU consultants, compared with a 16% deficit in the north.