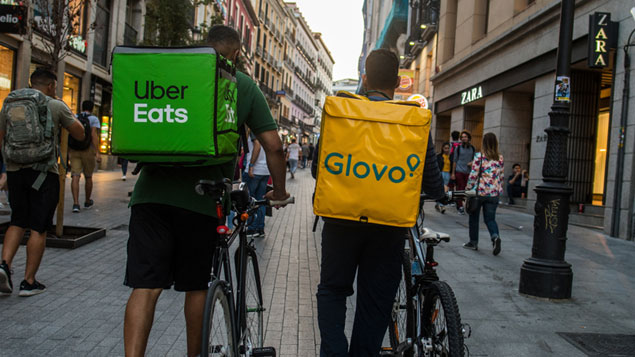 Spain is set to legislate to give employee rights to gig economy workers and unions in the country a far greater influence over the how the gig economy operates.

Labour minister Yolanda Diaz said on 11 March that platform workers would be given employee status while unions would gain the right to access algorithms used by companies such as Uber to manage their workforce. This will enable them to prevent workers being underpaid when demand for their services falls and to monitor working conditions.

“We will be the first country in the EU to legislate on this issue in such an ambitious way,” said Díaz. She added that such workers “will be employees with all the corresponding rights . . . and the social protection that they do not have now.”

The legislation will reflect a Spanish supreme court ruling last September that ruled people working for Barcelona-based food delivery app Glovo were employees, a decision that could enable such workers to gain formal contracts and benefits.

“It will make it possible to avoid, as is currently the case, algorithmic punishments for workers who work in certain time slots, penalties for performance that can be biased, or even the simple fact of promoting or going on strike,” Diaz said.

Gig economy firms were critical of the announcement. Glovo accused ministers of “putting up barriers and creating additional difficulties for the services that have acted as a life support system” during the Coronavirus pandemic.

Sacha Michaud, the platform’s co-founder, said that Spain had taken a more radical position than other EU governments but conceded that “regulation is necessary”. He added that platforms and workers had not been “approached to be a part of the solution”.

Uber claimed it wanted its platform users to have more rights but warned the proposals would eliminate the gig economy. “We want to work with all relevant parties across the country to improve independent work, instead of eliminating it,” it said. “We are fully committed to raising the standard of work and giving independent workers more benefits while preserving flexibility and control.” It stated that a large proportion of gig economy jobs would disappear under the changes.

According to Reuters’ sources, Deliveroo and Uber Eats have been exploring alternatives such as outsourcing or using temporary employment agencies to get round any legislation that may affect their working model.

Diaz said once the legislation was ready for cabinet approval – which was not thought to be imminent – companies would have 90 days to put the necessary changes in place. However the legal changes would have to be endorsed by Spain’s parliament.

Last month there were two significant developments concerning the gig economy: the EU’s executive body, the European Commission, announced a consultation over the rights of platform-based workers which will probably lead to legislation and the UK’s supreme court ruled Uber employees were workers and not self-employed. Similar court battles to those in the UK have taken place in France, Italy, Germany and the Netherlands.