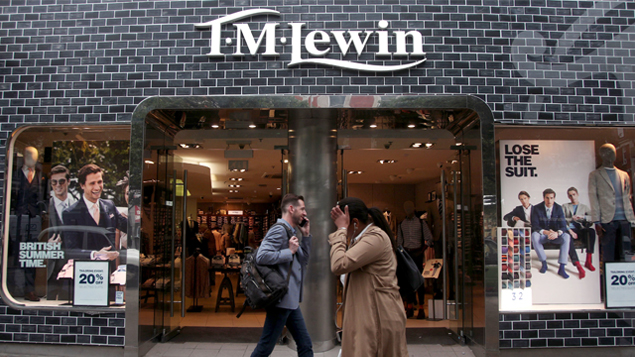 Thousands of redundancies announced across retail, hospitality and aviation

Thousands of redundancies announced across retail, hospitality and aviation

Thousands of jobs are at risk as a wave of household names – including Upper Crust, easyJet and Harrods – announced redundancy plans in the past 24 hours.

Numerous others – including TM Lewin, hotel chain Signature Living, and Harveys – have brought in administrators.

Some 5,000 jobs will be lost at SSP Group, which owns the Upper Crust fast food brand. The job losses could affect up to 55% of its workforce, including those in head office roles.

In a message sent to staff on Tuesday (30 June), the company said the time had come to “simplify and reshape” the business, which would affect both salaried and hourly paid staff.

Luxury department store chain Harrods was also looking to reduce its workforce of 4,800 by up to 14% “after exploring every option available”.

Harrods CEO Michael Ward said: “The necessary social distancing requirements to protect employees and customers is having a huge impact on our ability to trade, while the devastation in international travel has meant we have lost key customers coming to our store and frontline operations. While early signs since re-opening are optimistic, this recovery will take longer than any of us would like.

“As a leader of Harrods for over 15 years, I have overseen some hugely challenging times, but this is undoubtedly the biggest challenge we have faced. Nothing compares to the sadness and loss at having to let valued colleagues go.”

John Lewis said it would close some of its stores and was considering closing one of its head offices in London, which would both result in job losses. The number affected is yet to be decided.

The retailer also admitted that staff, who own part of the organisation, would be unlikely to receive a bonus next year.

“Due to the impact of Covid-19 on our business including the closure for over three months of all our stores and head offices, we have today informed staff of the need to restructure our head offices,” the company said.

This morning shirtmaker TM Lewin said it would close all of its UK shops and move its business online in order to cut costs, resulting in the loss of 600 jobs.

Torque Brands, which brought TM Lewin in May, said it was “no longer viable” in its current format.

It said in a statement: “The decision to significantly reduce the scale of the business in order to preserve its future will regrettably result in job losses at TM Lewin, as a direct result of the closing of the store network as we right-size the business.”

Meanwhile, administrators from PwC were seeking a buyer for furniture retailer Harveys. Some 240 redundancies were made immediately, but it warned a further 1,300 would be lost if a buyer is not found.

Harveys’ sister company Bensons for Beds, which also went into administration, was sold via a pre-pack administration to parent company Alteri Investors, which hopes to save 1,900 jobs by keeping 150 of 175 stores open.

Fashion retailer M&Co, which employs 2,700 people, was also seeking a buyer or pre-pack administration deal to save it from closure, according to Sky News.

In the hospitality sector, hotel chain Signature Living, which owns 60 hotels in Liverpool, Cardiff and Belfast, is expected to be dissolved as it struggled with debts totalling £113 million.

Elsewhere, Airbus said it planned to cut 15,000 jobs globally by summer 2021, including 1,700 in the UK. The cuts will be centred on its commercial aircraft division at sites in Flintshire and Bristol.

According to the Unite union 1,116 manufacturing jobs and 611 office-based roles at Airbus would be cut. Airbus said it hoped the majority of the job losses would be through voluntary redundancy or early retirement.

easyJet also announced plans to close its bases at Stansted, Southend and Newcastle and reduce headcount by up to a third. Unite said around 1,300 crew members faced redundancy, while pilots’ union Balpa said 727 pilots were at risk.

Johan Lundgren, easyJet CEO, said: “Unfortunately the lower demand environment means we need fewer aircraft and have less opportunity for work for our people – we are committed to working constructively with our employee representatives across the network with the aim of minimising job losses as far as possible.

“These proposals are no reflection on our people at Stansted, Southend and Newcastle, who have all worked tirelessly and have been fully committed to providing great service for our customers.”

Ryanair, which in May announced plans to make 3,000-3,500 staff redundant, said some staff may be able to keep their jobs if they accept pay cuts of up to 20%.

Chief executive Michael O’Leary told BBC News: “We’ve already announced about 3,500 job losses but we’re engaged in extensive negotiations with our pilots, our cabin crew and we’re asking them to all take pay cuts as an alternative to job losses.

“We’re looking from 20% from the best paid captains, 5% from the lowest paid flight attendants and we think if we can negotiate those pay cuts by agreement, we can avoid most but not all job losses.”