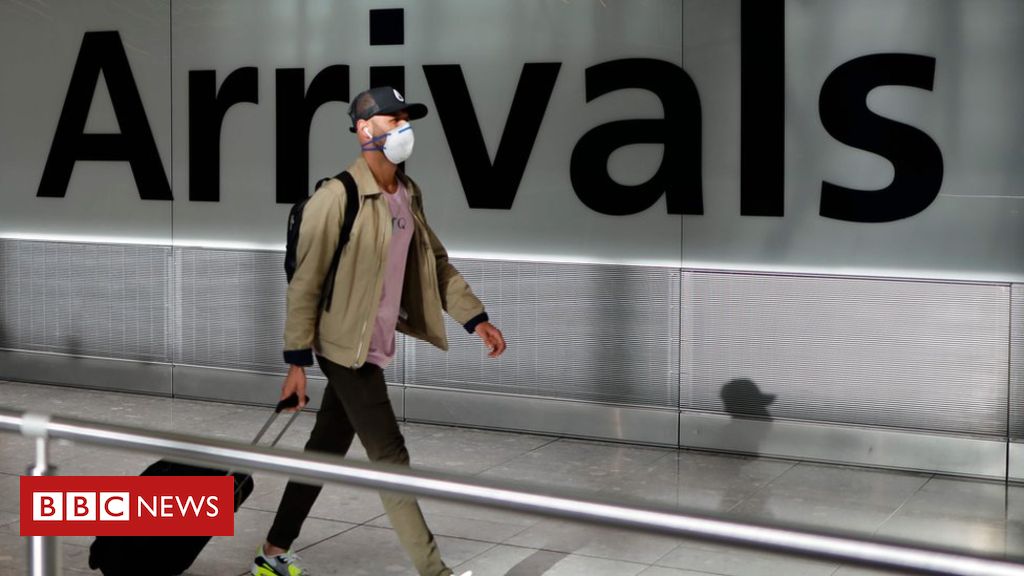 
Industry leaders have warned the government that the UK risks being left behind, unless it quickly agrees “air bridge” deals with other nations.

Business groups have written to Boris Johnson, saying a 14-day quarantine on all air passengers arriving in the UK will have “serious consequences” for the economy.

On Friday, Home Secretary Priti Patel said it will come into force on 8 June.

But firms say the UK should relax the measure with low-risk countries.

So-called air bridges would allow visitors from countries where coronavirus infection rates are low into the UK, without having to self-isolate for two weeks.

In a letter to the prime minister, bosses of airlines like EasyJet, Tui, Jet2 and Virgin Atlantic, as well as industry bodies Airlines UK, the British Chambers of Commerce, UK Hospitality and manufacturing association Made UK said that while they fully support the government’s commitment to public health, they have “serious reservations” about a “blanket approach” to all arrivals into Britain.

Instead, they are asking for a more “targeted, risk-based” approach when establishing air links with countries that have high infection rates from the pandemic.

“The alternative risks major damage to the arteries of UK trade with key industry supply chains, whilst pushing the UK to the back of the queue as states begin conversations for opening up their borders,” says the letter.

Ms Patel said on Friday: “We recognise how hard these changes will be for our travel and leisure sectors, who are already struggling in these unprecedented times.

“Across government, we continue to work with them and support what is an incredibly dynamic sector to find new ways to reopen international travel and tourism in a safe and responsible way.”

She added that the 14-day self-isolation rule will be reviewed every three weeks.

Some airlines have announced plans to increase flight numbers this summer after air travel ground to a virtual halt because of the coronavirus lockdowns imposed by many governments.

However, some have argued that the two-week-long quarantine will put people off travel and be difficult to enforce.

Michael O’Leary, boss of Ryanair, which will ramp up flight numbers in July, recently told BBC Radio 5’s Live Breakfast programme that the 14-day quarantine rule was “idiotic” and would prove to be “ineffective”.