Unemployment at five-year high, but vacancies on the rise 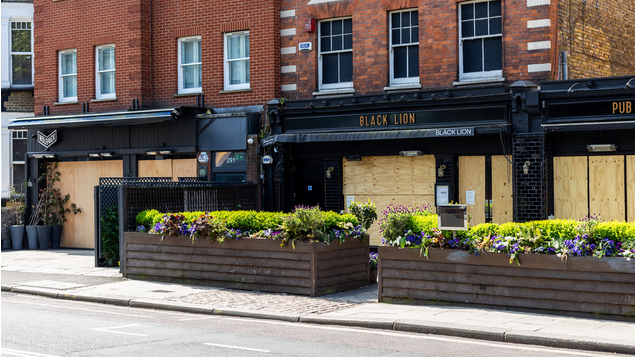 The number of employees on company payrolls has fallen by 726,000 over the past year, while the unemployment rate reached its highest for almost five years.

The latest labour market information from the Office for National Statistics (ONS) shows the pandemic continued to damage employment prospects in the last three months of 2020, but there were signs of improvement on previous quarters.

Although the number of employees on payrolls has fallen by almost three-quarters of a million since February 2020, the ONS said the larger falls were seen at the start of the coronavirus pandemic, with the latest two months recording small increases. In January 2021, 83,000 more people were on a company payroll than the previous month.

The redundancy rate was estimated at 12.3 people per thousand employees.

More than half a million jobs have been created since the start of the pandemic by the public sector and the professional, scientific and technology sectors. But, overall, the number of job vacancies in January was 26% lower than in January 2020.

Gerwyn Davies, the CIPD’s senior policy adviser, said it was encouraging that the number of people in work had increased and that vacancies had risen, but was worried that the economy had continued to shed jobs at a “very high rate”.

“Taken in the round, the latest jobs figures indicate that the labour market continues to withstand the pandemic headwinds better than anybody could have expected. However, it remains in a far from healthy state, which underlines further the need for the chancellor to extend the furlough scheme into the summer,” he said.

City & Guilds Group CEO Kirstie Donnelly said employers needed to adjust to the changes brought about by the pandemic, “Furlough has been a lifeline to millions of people and provided much-needed support at a time of seemingly never ending uncertainty. However, the reality is that it cannot continue to mask unemployment forever.

“We need to think differently about how to help our people and economy recover from the impact of coronavirus, and that means matching skills to jobs, and supply to labour market demand. This is about getting people who have either already lost their jobs, or are in ‘at risk’ jobs, back into meaningful work.”

Donnelly urged the government to prioritise the creation of “long-term solutions” to curtail unemployment.

Joanne Frew, head of employment law at DWF, indicated that more bad news may be yet to come when the impact of the current lockdown is revealed in the next quarter’s ONS statistics.

The unemployment rate may have stabilised thanks to the extension of the furlough scheme to the end of April and indications that further support may continue for certain sectors, she said.

Frew said: “With Boris Johnson’s announcement last night on the easing of lockdown, setting out a clear four step strategy aiming for restrictions to be lifted by 21 June 2021, we can expect the employment rates will improve in the medium term.  The key test will be whether businesses can endure the next four months.  Rishi Sunak’s budget on 3 March 2021 and the hope of further government support is eagerly awaited.”

Anoushka Kenley, research and policy director at Pro Bono Economics – an organisation that provides economic assistance the third sector – said charities that offer job coaching, training and financial advice are “strained to their limits” and investment is needed to allow them to help those who have lost their jobs.

“The longer people are out of work, the harder it is to get back and these figures show that 670,000 people have now been unemployed for over six months. Almost a third (29%) of those are young people,” she said.