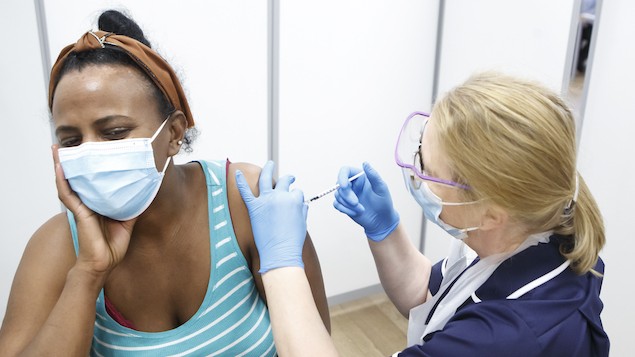 The Police Federation has strongly criticised today’s the Joint Committee on Vaccination and Immunisation announcement over phase 2 of the Covid-19 inoculation programme, saying the government was ‘hiding behind the science’.

The JCVI, which is comprised of 20 public health and epidemiology experts, stated that continuing to distribute the vaccine on the basis of age was the safest and simplest way of cutting the spread of coronavirus.

However, the national chair of the Police Federation of England and Wales, John Apter, angrily rejected the committee’s policy decision, calling it “a deep and damaging betrayal that will not be forgotten” after the plans did not include any focused provision for police officers.

He added: “This announcement shows a complete lack of understanding about policing this pandemic and is an utter betrayal of police officers. My colleagues have been on the frontline since the first national lockdown last March, risking infection and even death to keep the public safe.

“Together with others across policing, we have never said police officers should jump the queue but should be prioritised. It’s right that the most vulnerable and health and care workers were vaccinated; but what about police officers who cannot mitigate against the risks of contracting and spreading this deadly virus? Yet the calls to prioritise policing have been ignored.”

He added that the nature of police work meant social distancing was often not possible as police often had to enter homes, get close to people and visit hospitals.

Apter said his members were sick of warm words, warning that the federation would “explore every possible avenue open to us” to protect members “from this deadly virus and this complacent government”.

He said: “Many officers are reporting sick or self-isolating and our numbers are falling, sometimes dangerously low. We have also lost a number of colleagues to this virus too. Yet the government continue to hide behind the science of the JCVI. What about a moral duty to my colleagues and their families?”

Workers in the education sector had also pressed strongly for prioritisation in the vaccine programme. Amid widespread demands for prioritisation across the sector, earlier this month Dr Patrick Roach, general secretary of the teachers’ union NASUWT, said his members believed it was “in the national interest that the education workforce be a priority group for the Covid-19 vaccine. Teachers and education staff are unable to practise social distancing from their pupils and few are provided with essential PPE as part of their day-to-day roles.”

Neil Leitch, chief executive of the Early Years Alliance, said it was “unthinkable that having asked those in the early years sector to put their own health, and the wellbeing of their loved ones, at risk during lockdown, the government would even consider not ensuring that they are prioritised for the next phase of Covid-19”.

The JCVI said priority based on jobs would be overly complex and would slow down the vaccination process, leaving more vulnerable people unprotected for longer.

According to the committee the following groups should be prioritised, once all at-risk groups in phase one have been offered at least one dose of the vaccine (by mid-April):

He added: “Simplicity has been a cornerstone in terms of speed and success.

“An occupation-based vaccination programme has never been tested; trying to switch will be more complex and potentially introduce more delays into the programme.”