Kwasi Kwarteng: workers’ rights review will not go ahead 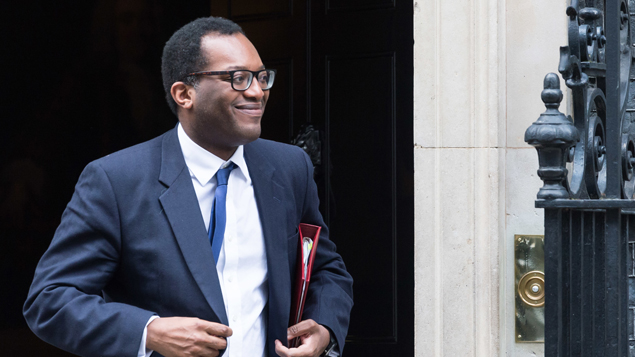 The review of post-Brexit workers’ rights announced by business secretary Kwasi Kwarteng is no longer going ahead.

Last week, Kwarteng admitted that the government wanted to look at, but not water down, some of the workers’ protections and rules brought in under EU’s Working Time Directive.

However, an in interview with ITV’s Peston, he said: “So the review is no longer happening within the Department for Business, Energy and Industrial Strategy. I made it very very clear to officials in the department that we’re not interested in watering down workers’ rights.

“I can’t have been more clear about this on a number of occasions. I’ve said repeatedly that Brexit gives us the opportunity to have higher standards and a higher growth economy and that’s what officials in the department are 100% focused on.”

“The review is no longer happening… we’re not interested in watering down worker’s rights”@KwasiKwarteng assures @Peston that he’s made his position on not lowering workers rights clear, adding that Brexit gives us the chance to have “higher standards”. #Peston pic.twitter.com/7PTABsfRG9

Reports in the media over the past couple of weeks have suggested that the review would have considered proposals to remove the 48-hour maximum working week, changes to rules about rest breaks, removing overtime pay when calculating certain holiday pay entitlements, and getting rid of the requirement for firms to log information about daily working hours.

The suggestion that workers’ rights could change was met with criticism from the Labour party, unions and employment lawyers.

Kwarteng responded to criticism on Twitter by saying: “We are not going to lower the standards of workers’ rights. The UK has one of the best workers’ rights records in the world – going further than the EU in many areas. We want to protect and enhance workers’ rights going forward, not row back on them.”

Meanwhile, the government has reportedly decided not to replace Matthew Taylor as its interim director of labour market enforcement when his contract expires this week, despite offering to remain in post unpaid until a successor was in post.

The role, created in 2017, is responsible for setting strategy at the three labour market enforcement bodies: the Gangmasters and Labour Abuse Authority; the division of  HM Revenue & Customs that oversees minimum wage compliance; and the Employment Agency Standards Inspectorate.

The decision has raised questions about the government’s commitment to enforce workers’ rights.

Taylor told the Times: “This would be a terrible time to effectively halt the oversight of labour market compliance.

“There is growing concern that the government is abandoning its stated commitment to good work and fair employment practices.”

He told the Financial Times that the next annual strategy for labour market enforcement was to be submitted to ministers on Friday and addressed urgent issues including the risk of economic pressures leading employers to cut corners on workers’ rights, and the potential for a surge in the exploitation of foreign workers due to immigration reforms.

He said there was now no guarantee this strategy would “ever see the light of day”.

The Department for Business, Energy and Industrial Strategy has been contacted for a response, but in in a statement given to the Financial Times it said the recruitment of a new labour market enforcement director was continuing.

“Cracking down on non-compliance in the labour market is a priority for the new business secretary and a permanent director for labour market enforcement will be appointed as soon as possible,” it said.